The Latino Center on Aging (LCA), in conjunction with the Town of Miami Lakes and its Elderly Affairs Committee, along with  the Alzheimer’s Association – South Florida Chapter, is organizing its eigth LCA Conference geared to the Latino elderly and their families, “A Life Without Memory: Latinos and Alzheimer’s.” This conference will take place on April 23, 2020. The purpose is to inform, educate and train all who are involved in the care of persons with Alzheimer’s disease. The conference provides a unique forum for the elderly and caregivers to discuss important issues on a one-on-one basis, offering a great opportunity to network with knowledgeable experts and those in need. We expect a well-attended event by seniors and caregivers. For Vendor/Sponsorship Packages, Click Here!

Every June, since 1993, the Latino Center on Aging (LCA) holds the Golden Age Awards presentation. This eventful gathering has taken place in highly prestigious landmarks of the City of New York: The Lincoln Center (1993), The United Nations (1994, 1995 and 1996), and until the year 2001 at The World Trade Center (107th Floor). Since 2003 was held at the Inter-Continental, The Barclay, 111 East 48th street, NYC.  In Miami past year’s event was held at the Pullman Miami Airport Hotel.

We hope this year you can join us at this elegantly elaborated Gala celebration, a LCA tradition. 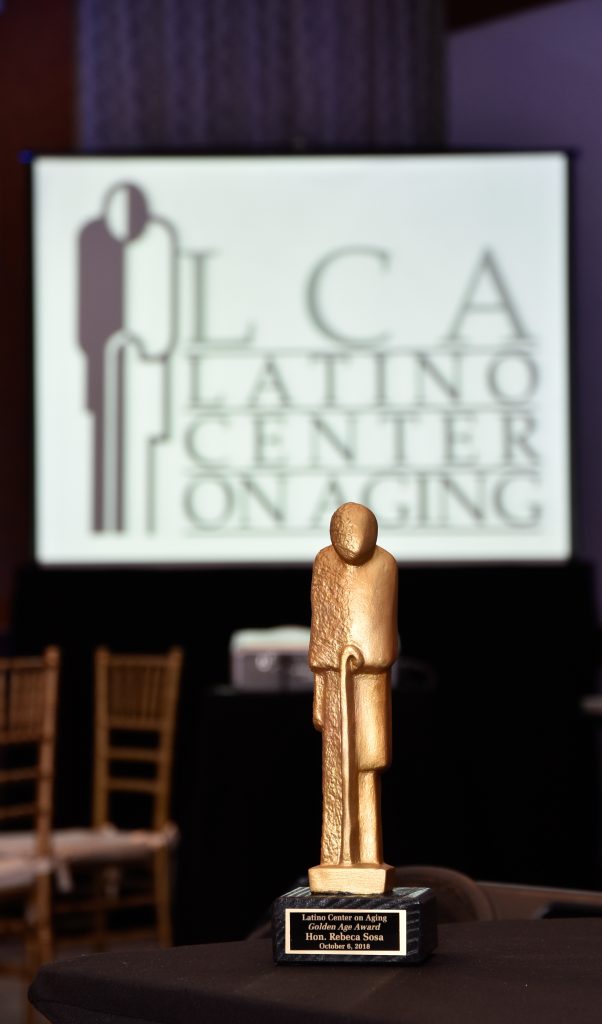